--Paris pens a letter from prison. (Wow. It totally looks like a 6th grader wrote that).

--Horror movie mogul Wes Craven is suing funnyman Pauly Shore over a landslide at his Hollywood home. The Nightmare On Elm Street filmmaker claims Shore failed to maintain his garden, which backs onto Craven's property, and the star's inactivity led to a landslide. In papers filed in Los Angeles on Wednesday, and obtained by Tmz.com, Craven states, "water from the Shore Property intruded and infiltrated the Craven Property causing a slope failure/landslide." Craven claims the neighborhood disaster took place last December, adding he "will continue to suffer severe emotional distress and anxiety." The director is seeking unspecified damages. 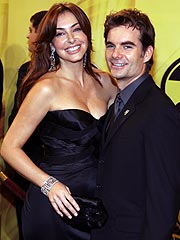 --Jeff Gordon and his Belgian model-actress wife, Ingrid Vandebosch, welcomed a daughter on Wednesday, the NASCAR driver announced on his Web site. Ella Sofia Gordon, the couple's first child, was born at 9:09 a.m. in New York and weighed 7 lbs, 1 oz.

--She might not even be a free woman yet, but Paris Hilton has at least one standing offer once shes out of jail  just ask Hugh Hefner. Access Hollywood caught up with the Playboy icon in the French Riviera last week, as he and his three girlfriends  Holly Madison, Bridget Marquardt, and Kendra Wilkinson  promoted their E! show, The Girls Next Door, at the Monte Carlo Television Festival. And while Hefner enjoyed the sights and sounds of the sunny hotspot, he took some time to share his thoughts on the incarcerated heiress. Would Hefner welcome the idea of Paris posing in Playboy once shes released from jail? Well, thats a standing offer, he replied, without missing a beat. I think the problem quite frankly is mama. Mama doesnt want her to pose.

--Capt. Kirk is jealous of Mr. Spock. William Shatner, the stoic commander of the Starship Enterprise on "Star Trek," is said to be furious with the producers of "Star Trek XI" because they offered Leonard Nimoy, Kirk's lovable Vulcan sidekick, a cameo role but didn't give him one. Shatner "is very upset," said an insider, "and has been lobbying for a role." The film, to be directed by "Lost" producer and director J.J. Abrams, is to start shooting later this year.

--"I just think, you know, saying hes a greedy bastard would be giving him too much credit." -- Justin Timberlake, on his former manager, Lou Pearlman

--Mandy Moore is fighting back against the famous guys who took advantage of her. Music insiders told Page Six the song "Looking Forward to Looking Back" on her "Wild Hope" album is about her "toxic" ex-boyfriend, Zach Braff. "There are references to his Hollywood Hills home in the song," said one tipster. "We all assume it was about Zach, he was such a cheater."

--No love for Paris from her neighbors.

--Ozzy and Sharon Osbourne have revealed that son Jack once bedded jailbird Paris Hilton. Ozzy said: Paris was always hanging around our house. Im not sure if she was a friend of Kelly or Amy  which one was it, Sharon? Sharon looked a bit sheepish and stumbled over her words as she replied: She was Jacks, erm, friend. Ozzys jaw dropped and he exclaimed: He didnt shag her, did he? Well done, my son! (Wow. She really will do anyone). 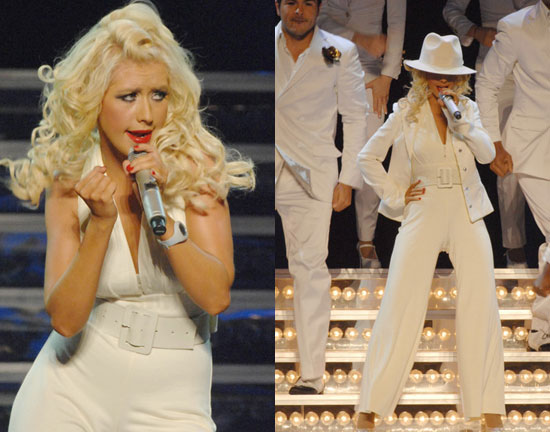 --Is Christina Aguilera pregs? According to Page Six, "She's been telling friends. She has to be three months now, because she's announcing it." (Hmmm...I'm not buying this one yet).

Random Thought of the Day:
If you haven't heard of Paul Potts yet, you will. Watch this clip of Britain's Got Talent--you won't believe your ears!

1 That man gave me goosebumps.

2 I think people need to leave Paris alone. It's almost like America feels better about itself if it can look down on Paris Hilton.

3 Bless Paul Pott's big ol' heart! I love how "small" and insecure he looks at the beginning and how dubious the jackass judges are. Can't judge a book...

5 Paul Potts did in fact win. Allegedly, he said he was going to spend some of the money to fix his jacked up teeth. Good thinking.

8 Hello! Good Site! Thanks you! fwfmuukxuko

10 The cheap north face outdoor sports equipment was comprehensively covered. Light in weight, environmental protection, wear-resistant high-tech materials and personalized compact designed several types of shoes, climbing and walking into a beautiful art, are the highlights of the new The north face jackets on sale.

11 Hi friends, its wonderful post concerning tutoringand entirely defined, keep it up all the time.