Michael Phelps is making the rounds on the small screen.

The fifth season of the show debuts September 7.

1 Reminds me of when Keri Strug made a cameo on 90210 ... one of the worst acting performances of all-time. I expect Phelps to rank right up there.

2 Perhaps...but it is a nice break from all Obama all the time. LKM

3 What a photo.It seems its a great friendship.If that is then i appreciate it.Because i know the value of a true friend....

8 What's with the random Obama diss? Are Republicans really that jealous of the man's power to inspire? Sorry your candidate is 80 years old and as boring as Al Gore.

9 What's with the random Obama diss? Are Republicans really that jealous of the man's power to inspire? Sorry your candidate is 80 years old and as boring as Al Gore. 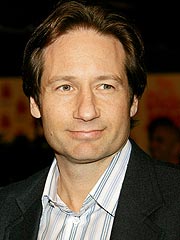 "I have voluntarily entered a facility for the treatment of sex addiction." "I ask for respect and privacy for my wife and children as we deal with this situation as a family." --David Duchovny 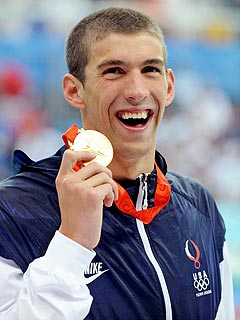 Though already accustomed to the spotlight, the hero of the Beijing Olympic games, Michael Phelps, will make his acting debut when he hosts the season premiere of NBC's Saturday Night Live on Sept. 13.

The show will kick of the 34th season of the venerable comedy institution, which has had recent success when such sports figures as LeBron James and Peyton Manning have hosted. Lil Wayne will be the musical guest. 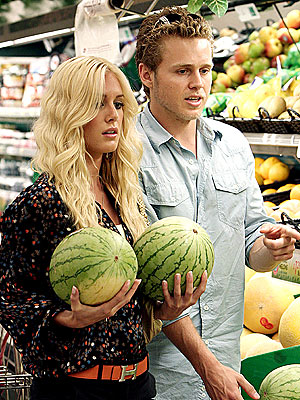 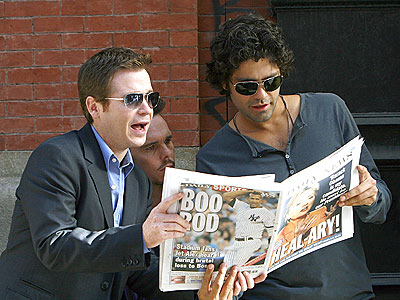 Not too much longer, folks! The boys will be back September 7th! 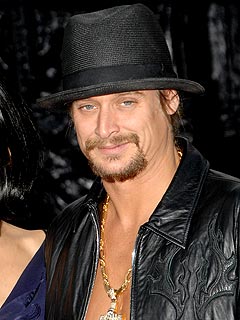 "I truly believe that people like myself, who are in a position of entertainers in the limelight, should keep their mouth shut on politics." "Because at the end of the day, I'm good at writing songs and singing. What I'm not educated in is the field of political science. And so for me to be sharing my views and influencing people of who I think they should be voting for ... I think would be very irresponsible on my part."

"I think celebrity endorsements hurt politicians. As soon as somebody comes out for a politician, especially in Hollywood, when they all go, 'I'm voting for this guy!'  I go, 'That's not who I'm voting for!"

1 I NEVER thought I would ever agree with anything that Kid Rock says. I have been proven wrong.

2 The Kid gave an interview on the Top 40 countdown (first time I've listened to that on the radio in about 12 years) last weekend, talking about raising his son. Explained how it's totally different at home ... told his son he had to get a part-time job to earn the value of money, for example. He actually made sense, which I didn't expect. Mills, have you been blasting you favorite summer anthem lately? You LOVE Kid Rock's latest song!

5 Great. Now i can say thank you! adipex lowest prices

9 I bookmarked this link. Thank you for good job! buy phentermine capsules with no prescription

10 I bookmarked this link. Thank you for good job! buying phentermine overseas

Maddox is sportin' a smurf-like mohawk. 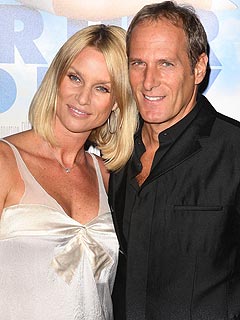 1 I bookmarked this link. Thank you for good job! does anthem cover cialis

4 http://www.dealzer.com/catalog/Hydroponics.png Hii I promised to leave feedback on the super deluxe hydroponics system I bought from Dealzer.com. Well, here it is. I bought the hydroponic system on September 1st. By the time it arrived, I had all my plans ready as far as the plants I have here to grow with. To unpack it (it came fully assembled) and plug it in - its plug*and*play - and to set my initial plants up, it took me about 30 minutes. I bought this with a Co2 system as well. Incredibly this box is not only growing my plants at a rate of 1 inch per day, but by the time my first harvest came in, the younger plants were tall enough to move to the flowering chamber. This is pretty good and my first experience with a proper hydroponics system. Well, lets see.... I can't really find a single problem with this box, except maybe that it takes 2 people to move it around the house. But other than that, I haven't seen a grow box looking this good before. I have made a few myself and bought from local dealers, but this is the best of the best. Everything from the clone chamber to the size is very well done. The customer service is very easy to deal with and very friendly. The system also comes with lock and key for security and came fully concealed. Anyway, if you wanted a review, you got one. I give this company a 9.5 out of 10 rating. I can't say their perfect, but who is? All and all it was a great deal. Here their phone number if you need it. 888-HYDRO-81 and their website name is Dealzer.com grow box.

5 I bookmarked this link. Thank you for good job! prescription diet pill adipex

8 Perfect site, i like it! what does valium do to you

10 Excellent site. It was pleasant to me. daily cialis coupon

Is It In the Water?

Jenna Jameson and Charlie Sheen's woman (well, at least the one he is currently married to) are knocked up. 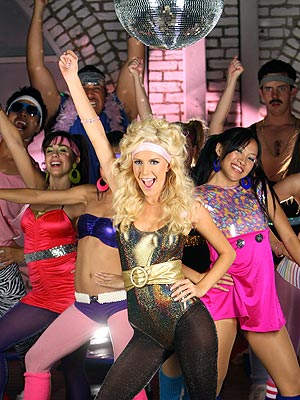 I'm not sure what the hell Heidi is doing, although the caption says she's filming the video for her new song, Overdosin'.

3 Very interesting site. Hope it will always be alive! cialis and hair loss

David and Victoria Beckham were involved in a car accident, this past Friday, reports Hollyscoop.

The Beckhams narrowly escaped injury after David lost control of the BMW he was driving and smashed against a wall. They were on their way to the airport from their home in France. David was reportedly rushing to the airport for a flight to Beijing, China to take part in the Olympics closing ceremony on Sunday. Victoria was severely shaken and crying, but fortunately, the couple did not suffer any injuries.

7 Great. Now i can say thank you! yellow phentermine pills Cher has been lined up to star in the next Batman movie, it has been claimed. The 62-year-old singer and actress is reported to be in talks to play Catwoman opposite Christian Bale in the third Batman film from British director Christopher Nolan.

The Oscar-winner will join a cast that includes Johnny Depp as The Riddler as she plays the whip-carrying burglar. The character has also been played by Michelle Pfeiffer and Halle Berry.

A studio executive said: "Cher is Nolan's first choice to play Catwoman. He wants to her to portray her like a vamp in her twilight years. "The new Catwoman will be the absolute opposite of Michelle Pfeiffer and Halle Berry's purring creations."

Filming of the new Batman instalment, provisionally entitled The Caped Crusader, is due to begin in Vancouver early next year.

1 Johhny Depp as the Riddler?!? This is going to be phenomenal ...

2 My Johnny as The Riddler? SWOON! 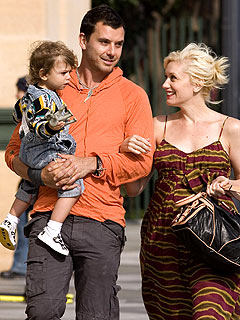 Gwen Stefani and her rocker husband Gavin Rossdale welcomed their second child, a son, on Thursday in Los Angeles.

"Kingston, Gwen and Gavin Rossdale welcomed the newest member of their family," they say in a statement. "Mother, baby and family are all happy and healthy. Check out Jessica Simpson's new beer ad. Is it seriously called Stampede Light? Give me a break. Vodka, please!

1 At first glance, I thought it might be Fergie ...

2 It is the coolest site, keep so! weightloss clinic for adipex

3 Perfect site, i like it! adipex benefits and concerns

4 If you have to do it, you might as well do it right. phentermine 37.5 lowest price no rx

7 Excellent site. It was pleasant to me. adipex weight loss results

9 If you have to do it, you might as well do it right. ever use cialis pills 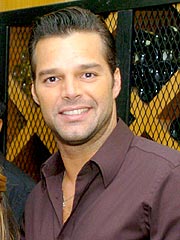 Ricky Martin is a father to twin boys born via a surrogate. Huh? 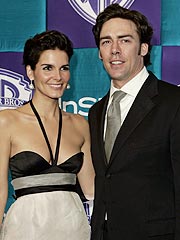 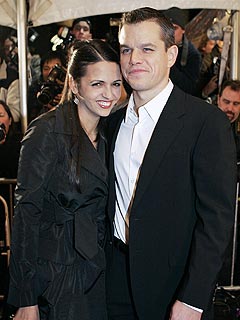 It's another girl for Matt Damon and his wife, Luciana. "Matt and Lucy Damon had a baby girl named Gia Zavala on Wednesday, Aug. 20th. Everyone's doing great," Damon's rep, Jennifer Allen, said. "She is a healthy baby girl." The newest addition is the third little girl in the Damon household, joining big sisters Isabella, 2, and Alexia, 10. And, one on the way? 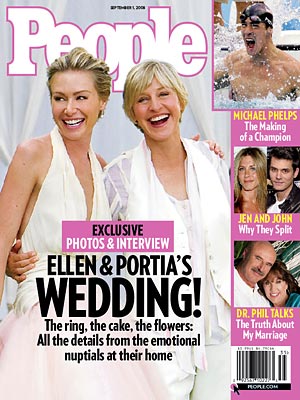 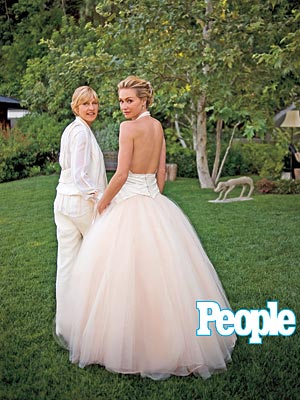 1 It's really lovely.Congratulations.that is really a very good to see..Thanks for informing us. 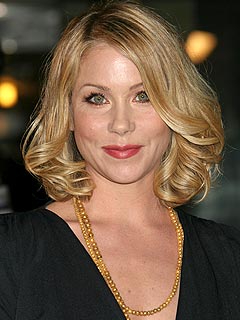 Christina Applegate, who was diagnosed with an early form of breast cancer this month, revealed on ABC's Good Morning America Tuesday that she has undergone a double mastectomy  even though cancer was only detected in one of her breasts.

Having watched her mother, Nancy Priddy, battle breast cancer  and then suffer from a recurrence many years later  the Emmy-nominated star of Samantha Who?, 36, told interviewer Robin Roberts that she wasn't taking any chances, especially since she has the breast cancer gene, BRCA1.

"My decision, after looking at all the treatment plans that were possibilities for me, the only one that seemed the most logical and the one that was going to work for me was to have a bilateral mastectomy," said Applegate. "So basically I had a prophylactic double mastectomies." 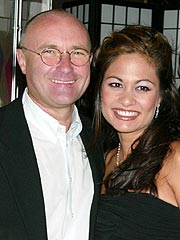 The third time was certainly not the charm for Phil Collins, who's facing yet another pricey divorce.

The record settlement  Britain's biggest ever in a celebrity divorce  tops by some $2 million what Paul McCartney gave Heather Mills earlier this year.

Collins is no stranger to expensive breakups. Second wife Jill Tavelman received $34 million after he ended their relationship by fax in 1994. In all, according to a Daily Telegraph tally, Collins's divorces have cost him $84 million  nearly a third of his estimated $280 fortune. Collins and Cevey met on tour in 1994 while she was working as a translator. Their children are Nicolas, 8, and Matthew, 4.

Collins also has three other children: Lily, from his marriage with Tavelman, and Simon and Joelyi, from his first marriage  to Canadian-born Andrea Bertorelli. That union ended in 1979.

Michael Jackson hasn't spoken to his brothers since he was acquitted of child molestation charges three years ago - even though they've been trying to reach him about money he owes them. Sources say Wacko Jacko owes Jermaine, Tito, Marlon and Jackie Jackson $840,000 in royalties from their Jackson 5 hits. Since Michael won't talk to them, and is said to be in a wheelchair, it's unlikely he'll join his siblings on Sept. 4 when they pick up their lifetime achievement salutes at the BMI Urban Awards.