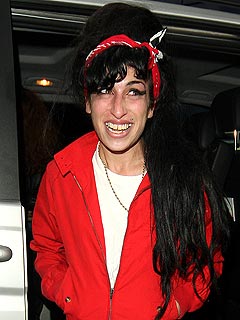 Soon the world will find out just how much so as the troubled 25-year-old singer and her family open themselves up to Israeli-American interviewer Daphne Barak for a documentary shot at Winehouse's retreat on the island of St. Lucia, according to a post on her MySpace blog.

Barak recently spent time with Winehouse and her father Mitch for what the singer's blog calls "a truthful and revealing look at her complicated life." Footage and photos posted on Barak's own Web site show Winehouse in the studio and hosting a birthday party, as well as a brief interview with Mitch, who explains how the Caribbean island has been a welcome getaway for his daughter during her public struggles with sobriety and fame.

The documentary is expected to be released later this year.